[This concludes a five-part series that begins here.] 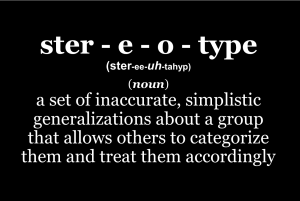 As I grew older, my experience of the world around me increasingly contradicted the stereotypes in which I’d been indoctrinated. I began to notice that the exceptions were overwhelming the rules. Italians were not all connected to the Mafia. Greeks were not all in the restaurant business. Blacks were not all—not by long-shot—lacking in intelligence or ability. But according to my indoctrination the world should have been a neater and simpler place, a set of rank-ordered dresser drawers into which every category should be stuffed with its own kind. According to my experience, it was not that.

The rank-order part had been immensely strong for a long time. And we in the white drawer had for centuries been told that we were top drawer, making us supreme. The Italians, Greeks, and other derivatives of Europe descended beneath us.  And, finally, on the bottom, the African-Americans. The U.S. Constitution in its earliest form helped perpetuate this, allowing for slavery and totally dis-empowering slaves. Later, in the South, Jim Crow held the ranks in order by keeping African-Americans dis-empowered. And so for generations, children of all races were indoctrinated to believe these stereotypes.

Did this mean that the variety of races and ethnic groups didn’t get along?  It didn’t mean that at all.  If everyone appropriately behaved within his/her rank order, then everyone could get along quite well.  And until Brown v. Board and the civil rights movement, everyone pretty much did.  But, by the middle of the 20th century, those folks down there in the bottom drawer had had enough. And so they began to get uppity, meaning they dared climb out of their designated slot and insist on moving higher.  Let me tell you a story to illustrate this . . .

My maternal grandfather was, to my early-childhood eyes, perhaps the most wonderful creature God ever made.  I was his first grandchild and he swaddled me in love and affection. He was also a vehement racist. I recall Sunday afternoons watching pro-football broadcasts with him—a peaceful experience until…Cleveland Browns running back Jim Brown (one of very few blacks then in the league) made a phenomenal play over which the commentators effused, thereby launching my grandfather out of his chair and screaming, “Get that [n-word] off the TV!” And he would switch off the game.

Decades later, after my grandfather had died, we would lament, “It’s painful to think Granddady was such a racist.” And, though, none of us condones his behavior, our love of him impelled us to make excuses. “But Granddaddy was kind to black people individually. He even had black playmates as a child.”

This is true. But here’s the rub: So long as an individual black person dared not look my grandfather eye-to-eye, dared not presume to approach him on equal footing, my grandfather was kind and benevolent. But the minute a black person asserted himself or herself as equal to, or more able than a white person, Granddaddy went wacko.

My uncle tells of an exchange, overheard in his own childhood, between my grandfather and a friend.  The friend, referring to a black man, said, “He’s a good [n-word].” And my grandfather responded, “Yes, he’s a good [n-word] because he knows he’s a [n-word].”  And there you have it: so long as the black man knew his place and stayed in it, he was good, but the moment he started to move up (e.g., daring to set an NFL record for touchdowns), he was not good and showed himself to be unbearably uppity.

This rank-ordering was built, of course, with stereotypes that put whites at the top merely by the notion of innate superiority indicated by skin color.  By twelfth grade I just couldn’t make the stereotypes jibe with the world I was looking at. I’ve already mentioned my black classmates, Shirley and Derrol, better students than I. (I could name more).  I’ve mentioned certain of my black teachers, not only able and competent, but more so than many of my white teachers.

So, being a 17-year-old in 1971, I was naturally in a state of rebellion. At dinner table, and in chance conversations, I began suggesting that the grownups had got it all wrong about the races.  I was summarily dismissed as being young and naive. I was a liberal as most young and ignorant people are. When I grew up, I was told, I would return to the conservative ways of my elders and see things as they did. Here’s a line they loved: “You’re young, but you’ve never been old.  We’ve been both young and old.”

Decades later, and too late, I stumbled on a rapier retort, attributed, I think, to Margaret Mead: “True, unlike me, you’ve been both young and old. But also unlike me, you’ve never been young in the present world, nor will you ever be.”

And it was, indeed, a profoundly different world than the one my parents and grandparents had grown up in. In that world, values that had actually been present all along—in the Declaration of Independence, in the amended U.S. Constitution, and, above all, in the biblical tenets of the Christian faith—had been twisted and perverted in order to support the age-old stereotypes. But now, America was gettin’ woke.

My contact with people of color (on a more level playing field), put a bright light on ironies and absurdities that had for so long been obscured.  Here’s one: Moments after my third-grade Sunday School teacher had told us, “We must pray for and forgive the Negroes for they know not what they do, bless their hearts,” we sang a song called “Jesus Loves the Little Children,” the refrain of which is:  “Red and Yellow, Black and White, they are precious in His sight. Jesus loves the little children of the world.” On the wall was a lithograph illustration titled “Suffer the Little Children to Come unto Me,” depicting children whose skin and features represented all races. Jesus was sweeping them into his arms, all at once—not white kids first, then others, but all together.

These values had been all around us all along—in our revered government documents, in our Bibles—and, I like to believe, they had also been somewhere deep in our hearts, but buried unfortunately beneath the indoctrinating stereotypes.

My elders were wrong. I have not come back round to where they were. Instead, the America I live in has moved in great measure away from the way they viewed the world. We have come a long way. But we’ve still a long way to go. Racism is, as I said in Part 1, like a stain that must be scrubbed.  And one should never stop scrubbing.

“Mr. Stephens, were you a racist?” my student asked.

And, honestly, I worry that I still am, insofar as my indoctrination may yet lurk in the shadows.  A few years ago, upon meeting my colleague and friend Carl, an African-American teacher, I asked where he was from. He told me he came from a family of farmers.  And I heard myself blurting in great surprise:

“Wait! What? Your people are farmers?” Somewhere inside me the old stereotype had bolted its coffin and was telling me: Blacks are farmhands, the white guys in John Deere hats are the farmers!”

I was mortified at myself, but Carl was gracious. (He’s used to it, sadly.)

So I have to keep scrubbing the stain.  And here’s what scrubbing is: putting my beliefs under a bright light, examining them thoroughly, and mustering the humility to admit when long-held beliefs are wrong, even if taught to me by people I love.

Don’t stop scrubbing, America. We’ve still got work to do.